I've been busy sewing a few more costumes. I made two more Victorian Christmas costumes for new members of the homeschool ensemble group. (Daughter has graduated, but I was happy to make additional costumes this year.) 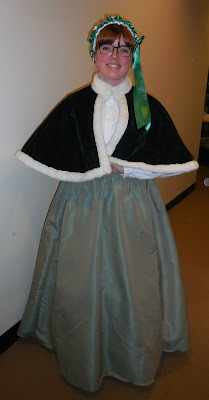 They each received matching muffs, but they were not wearing them for this concert.

I also made a costume for daughter's voice teacher. She won the role of Mrs. Banks in the musical "Mary Poppins".

The production was fantastic; it was sold out or I might have gone to see it a second time! I did not realize how different the broadway musical is compared to the popular movie version. (I think I liked it better :) )

Once the costumes were finished, I wanted to work on something Christmasy without having to do any planning. 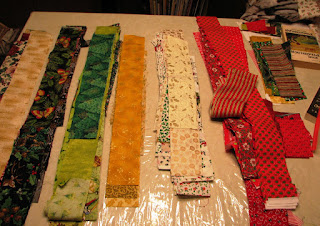 So I pulled out these 2 1/2" strips of Christmas fabrics and started making 16 patch blocks. 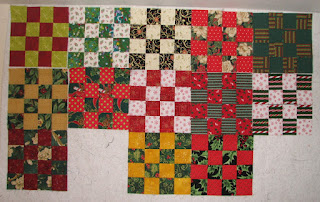 I won my very first ribbon! 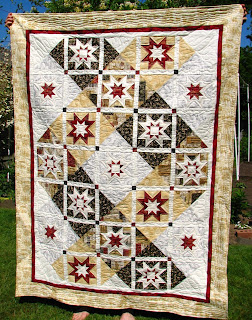 I entered Soli Deo Gloria III in my guild's quilt show; I think it is a well-earned ribbon!

I am linking up with Sarah's "Whoop Whoop" party!
http://confessionsofafabricaddict.blogspot.ca/2015/12/can-i-get-whoop-whoop-all-quilts-are.html