My friend booked a weekend at a resort on the Washington Coast, and she invited daughter and I to join her! We had a private cabin at Iron Springs Resort, a fabulous facility right on the ocean.
We took our sewing machines along and worked on projects. I set up on one end of the table...﻿ 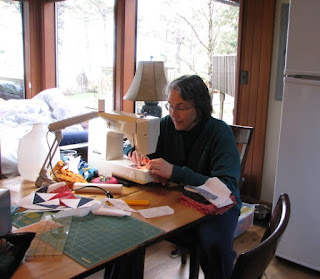 ...while friend set up on the other end of the table. 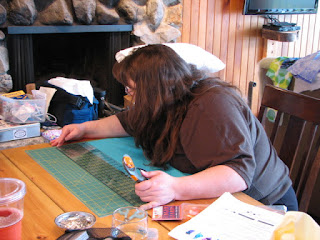 Daughter spent the time reading Moby Dick and watching dvds. We did get out for walks on the beach. It was cold and windy! If you look closely, you can see a picture of an airplane on the sign. Yes, the beach is actually an airport runway! Of course, the airport closes at high tide... 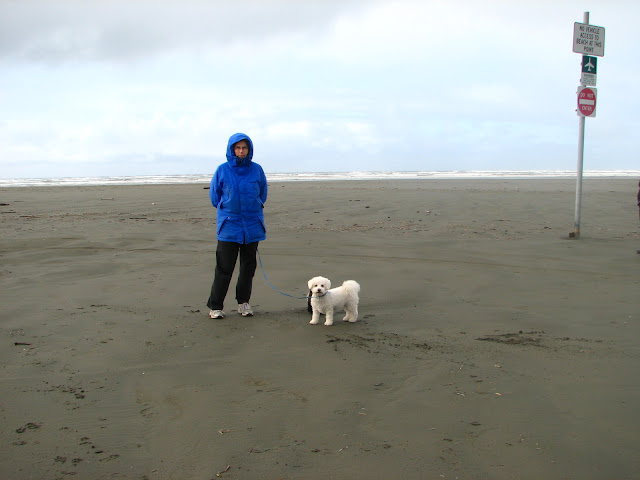 I did get a couple things accomplished.
I finished this boy I Spy top. 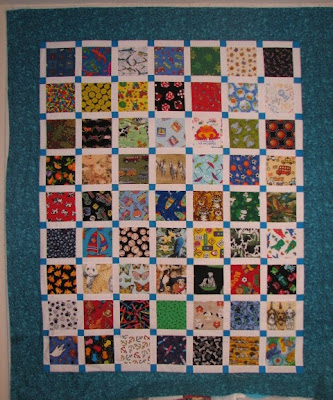 And here is the back for it.
Not enough fabric, so I added a colorful strip! 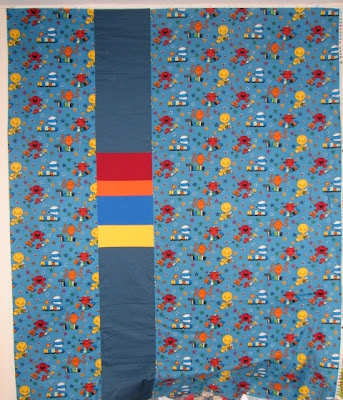 I joined another swap, this time for patriotic 12" blocks. I have been having fun deciding which blocks to make and what fabrics to use.

The one on the left is a paper pieced pinwheel; it was a challenge, and I have not decided if it is worth making four more for the swap or just to move on. The one on the right was a prototype, as I realized I did not have enough of the fabric to make four more! 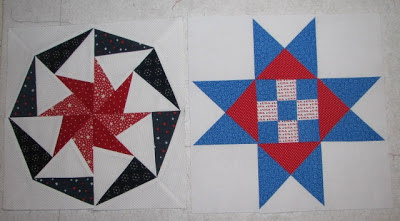 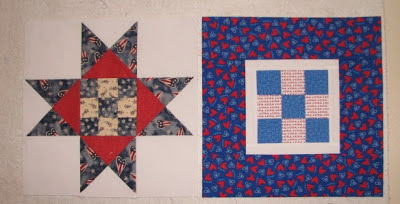 I signed up to make six sets, so I have four more to go. Such fun!

I joined a quilt guild! My first meeting, last Thursday evening, was a sew-in. Everyone was working on quilt tops purposed for the Ronald McDonald house. There were kits to be assembled, but I took my own project along, slated for donation eventually.
It is a cow quilt! I picked up the fabrics at a yard sale a couple of years ago. The nine patch blocks were already assembled; I just had to square them up. I made the alternate blocks and added some mama cows and their babies. I hope to get it quilted before the next guild meeting! 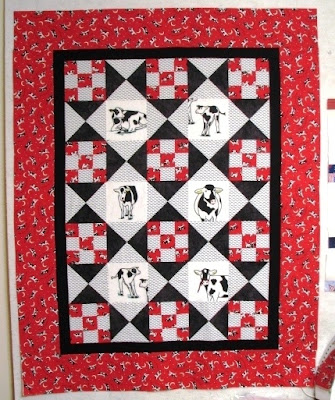 I pulled out another donation project that has been stacked on my work space for a few months. It is an I Spy for a boy; I participated in a fabric swap and used those fabrics for this quilt. I hope to get it assembled this week! I need to rearrange a few blocks first. 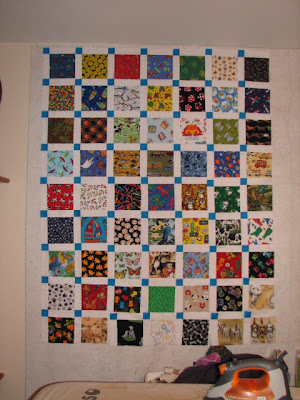 One last picture....Daughter playing piano...dog pleading with her eyes to be released from the piano bench! Poor, poor Rosey! 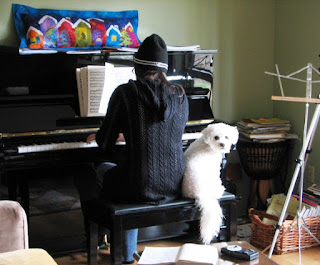 I finished the machine quilting, then folded the minky backing to the front to bind it. I love how it turned out. It went into the mail today for one beautiful baby boy! 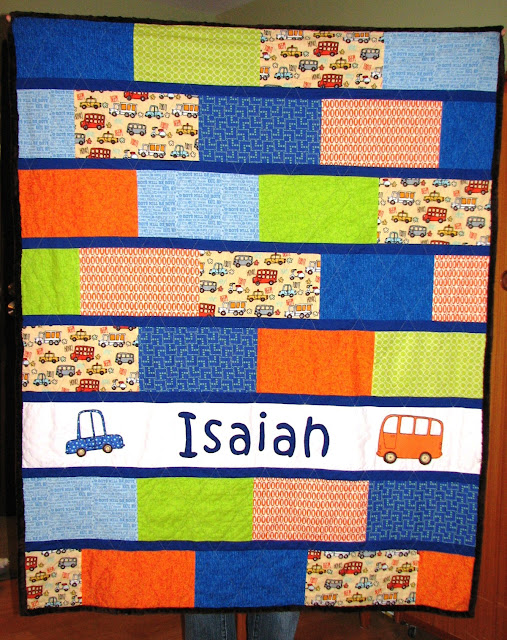 And for some fun I made five Quilt of Valor blocks for Alycia at
http://alyciaquilts.blogspot.com/2013/01/a-qov-block-drive.html 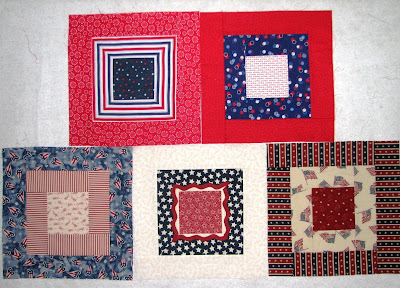 These went out in the mail, too, today.
I am glad to have my motivation back!